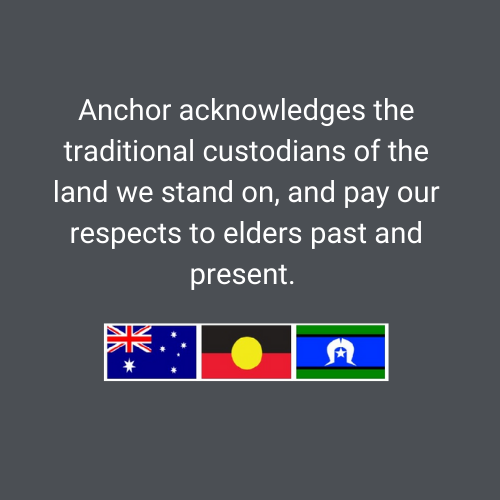 On February 13th 2008 Prime Minister Kevin Rudd gave a speech in the Australian Parliament – The National Apology to the Stolen Generations.

This landmark speech apologised to Aboriginal and Torres Strait Islander people for the grief, suffering and loss caused by the laws, policy and actions of State and Federal Governments and Church Missions that resulted in over 10,000 children being forcibly removed from their families and land through a policy of assimilation, between 1910 and 1970. Anchor recognises the gravity and importance of this apology to Aboriginal and Torres Strait Islander people.

Anchor acknowledges and deeply respects the trauma and loss that affects Aboriginal and Torres Strait Islander people to this day caused by the policies and laws that removed their precious children for generations.

Below is the full apology courtesy of Reconciliation Australia.

National Reconciliation Week (NRW) runs from 27 May to 3 June each year, signifying two […]

Thank you to Myer Eastland

Thanks yet again to the wonderful team at Myer Eastland for their ongoing generosity! Last […]

A reflection on January 26

Last week, many of you will have enjoyed spending Australia Day with family and friends […]

Will you help children who need a home?

We’re aiming to raise $34,000 for children in kinship care by 30 June. Will you help house desperate children in need?